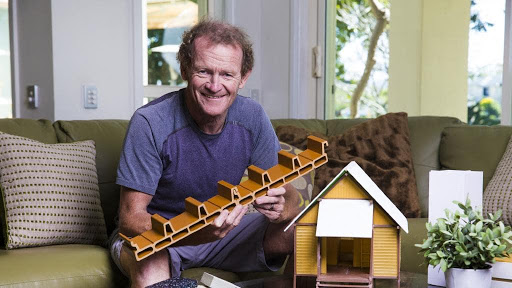 NevHouse started as an idea to help address the world’s waste problem while helping those most in need – hence their motto ‘doing well by doing good’ says founder Nev Hyman.

Since its inception in 2013 the company has travelled the well-worn path that most start-ups do, and as a business most likely to disrupt the market and change the world we live in, it hasn’t been a smooth road.

“Starting a new business isn’t easy, but starting one that has never had a precedent before is incredibly difficult,” says Nev Hyman. “If it was, everybody would be doing it, but only a few take the risk, and many of those fail. “I’ve started and successfully exited a number of businesses in the surf industry, and Nev House has been my greatest challenge, and passion, to date.

It hasn’t been without its issues, but it’s still operating and I am continually working towards a day when it achieves its goals.”

The journey of a start-up can be complex at times and the risk of failure is high, in fact the failure rate sits between 75% and 90%, which means that only the best can survive.

Start-ups also carry high risks for investors, as the journey to payday can take years and the typically illiquid market to sell shares means there’s little opportunity to exit before realising the businesses full potential.  While it’s incredibly exciting to be part of a start-up, the road forward can sometimes be rocky with plenty of set backs, but there are also opportunities as well.

“As the founder of Nev House it’s always been my vision to build a company that does good for humanity while providing returns for investors – philanthrocapitalism is a term we’ve often used to describe the model,” Nev says.  “The version 1.0 product previously offered for sale was not suitable for all locations and the Board made a decision to upgrade design and engineering to produce version 2.0 which will meet standards in most countries.

“We’ve also reported the sales target of 10 homes by June 30 this year, a sales projection based on current discussions with prospective customers. “We have various Queensland based partners, who will supply the components to make up a modular housing kit.

“I’m sure many people would have given up by now, but I’m committed to see this through for a product and business that can help humanity and eventually reward shareholders.

“Anything great in life doesn’t come without hard work, stumbles and adversity.”

Nev Hyman says the company is now in one of the strongest positions it’s been in for a long time, including a Board and key executives with the skill sets to properly lead the business, and a new version of the Nev House product capable of achieving engineering certification in various jurisdictions, and marketing and sales activity commencing shortly to launch the new product.

As with most search terms these days, Tile Shops Brisbane is very competitive and also recently, a more local phased search on Google…

Hello, Thanks for clicking on the ad in LinkedIn.. This is a Free Service & there are NO ongoing commitments! Hopefully you are here because you would like an expert 2nd Opinion on your current Search Engine Optimisation or Adwords or Pay Per Click service or provider.  Everyone these days are an expert in online…

To ensure that the Bed & Breakfast Accommodation industry site was at the top of the list on google search, Website Essentials was chosen…